SCOTISH ALBUM OF THE YEAR LONGLIST 2020

I am so very chuffed to be longlisted for SAY Award again this year alongside a bunch of great Scottish albums. 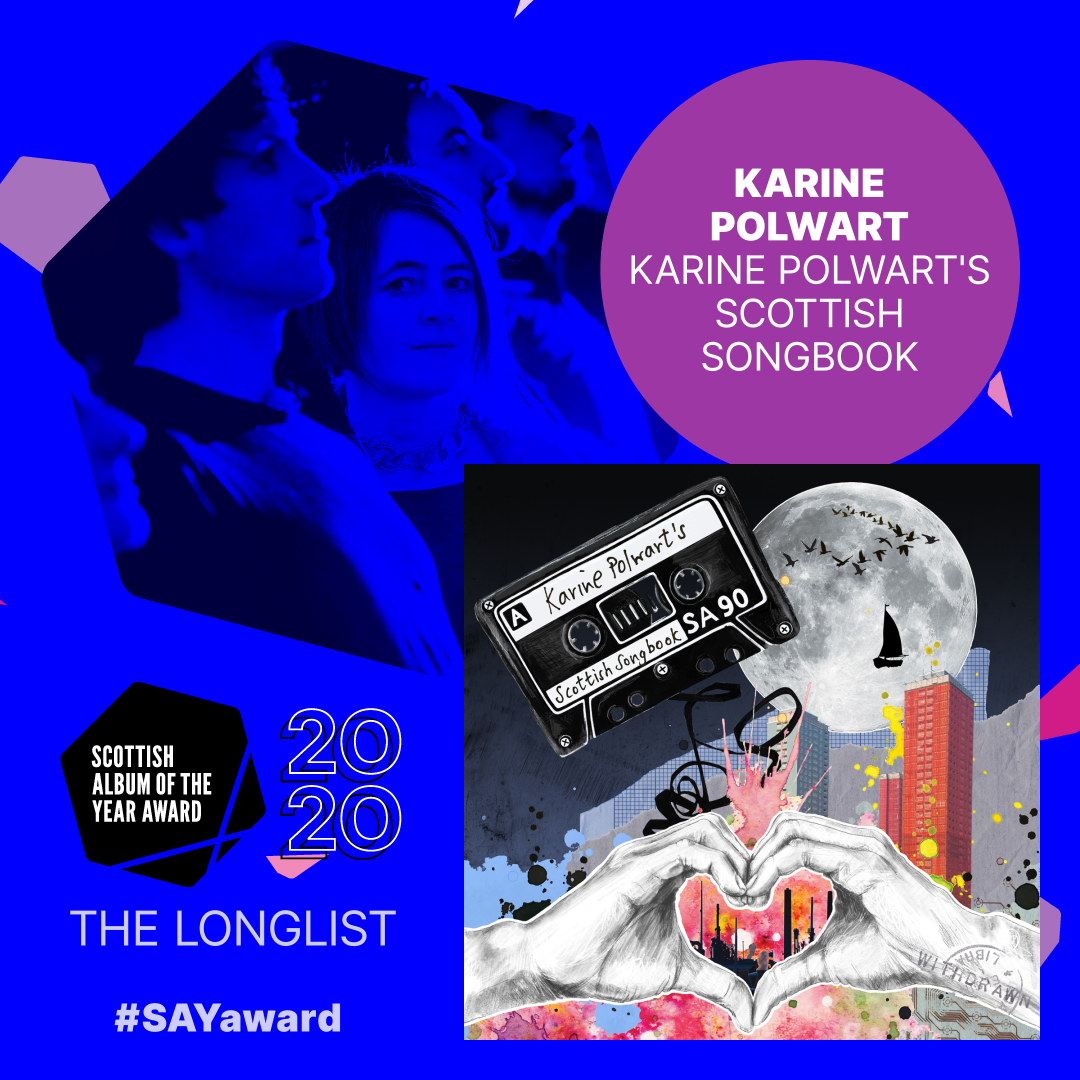 Making the Scottish Songbook album was a wee excavation of personal memory and social history. Lying on the floor as a kid listening to Gerry Rafferty’s City to City on the wooden radiogramme. Saving up my pocket money for Big Country’s The Crossing from Sleeves in Falkirk. Discovering The Blue Nile in the pages of Smash Hits. Dancing to Whole of the Moon at the Denny High Youth Club and nearly three decades later singing it at a memorial service for a young woman who’d be close to my age now if she’d made it. Falling for Biffy Clyro’s Machines at the recommendation of a pal who used to babysit those Johnston brothers when they were wee boys. And weeping and hollering along to Frightened Rabbit’s Swim Until You Can't See Land in many a lay-by when life was all going a wee bit wrong for me. I love these songs. They speak to the places and people I grew up with. And the world I live in now.